Following HM Government instructions regarding Covid-19 our office is being manned remotely.


We are OPEN for business and welcome your contact 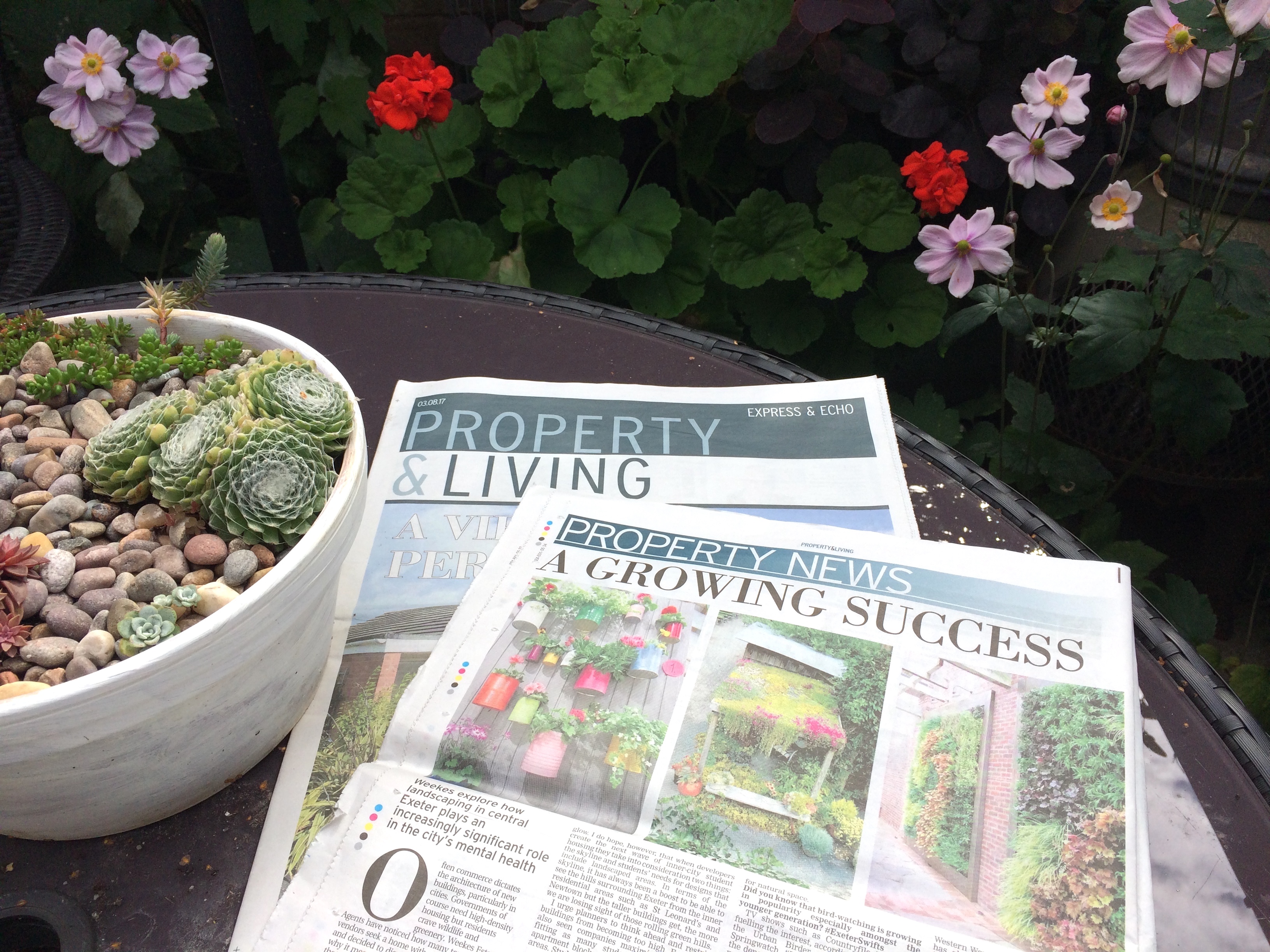 Often commerce dictates the architecture of new buildings, particularly in cities. Governments of course need high density housing but residents crave wildlife and greenery. Weekes Estate Agents have noticed how many tenants and vendors seek a home with a garden or balcony and decided to dig a little further to find out why it means so much to many people to have that outside space.

Urban design has an important part to play in our wellbeing with green spaces reducing depression and boosting our immunity and as city populations grow and land becomes more densely built upon the local councils have a growing responsibility to think ahead. Dr Paul Keedwell, author of Headspace: The Psychology of City Living says studies show that interacting with nature through gardening or birdwatching boosts immunity levels: ‘If you’re stuck in a small flat, having access to green space where you hear birdsong, not noisy buses, reduces anxiety and depression.’ So, it seems that large cost cutting buildings can be detrimental to our health despite how practical and economically viable they might be. Perhaps these finds explain why in recent years we’ve seen an increase in sky gardens, roof terraces and balconies included in development designs.

Exeter council needs to plan ahead

We’re lucky in Devon to have a lot of surrounding coast and countryside and Exeter has parks, greens, the riverside and tree-lined streets which all contribute to the city’s rustic glow.  I do hope however that when developers create the next wave of inner city student housing they take into consideration two things: the skyline and students’ needs for designs that include landscaped areas. In terms of the skyline, it has always been a boost to be able to see the hills surrounding Exeter from the inner residential areas such as St Leonard’s and Newtown but the taller buildings get, the more we are losing sight of those rolling green hills. I urge planners to think ahead and restrict buildings from becoming too high. Exeter has also seen companies maximising profits by fitting as many students as possible into apartment blocks with no gardens or outside areas. Students are people too, who have a need for natural space.

Did you know that bird-watching is growing in popularity especially amongst the younger generation? #ExeterSwifts

TV shows such as Countryfile have been fuelling the interest according to David Lindo, the Urban Birder, a regular on BBC’s Springwatch. ‘Birds are everywhere, even in the densest parts of the city,’ says Lindo, who wants developers to do more to help nature. ‘It doesn’t take much to install holes for swifts, house martins and bats to nest, all are dwindling in cities.’ It’s been a joy to see the swifts this summer circling the city centre even if they haven’t yet decided to nest in the £40K tower built on the Western Way roundabout by Jury’s Inn, which has also been planted with pollinating wild flowers. It goes to show that even the smallest of urban spaces can be utilised. Recorded swift calls are currently being played to attract the migrating birds with the hope that they will re-colonise here within the next few years.

Rooftop bee and butterfly gardens and living walls which all promote good mental health,  can still be integrated into the designs where space is a premium. Five years ago Princesshay introduced 10,000 honey bees, as part of an environmental initiative to our city centre living, to a rooftop garden above the shops (as well as fruit trees and bee-friendly flowering plants) and it’s been a staggering success. Think of the impact it would make if we all created our own roof top gardens on our home office, garage or shed? There are plenty of easy to install kits now that you can buy at large DIY stores or online from companies such as Treebox.

What could you do?

This summer think about how you can maximise the impact of your city garden or balcony. Why not put up a living wall, vertical allotment or plant a roof garden on your bathroom extension, garage or shed roof? It will look beautiful and you’ll probably get a lot of enjoyment looking at it each day. If you don’t have any outside space at all you can still put up a cellular frame in your kitchen or bathroom and plant it with moss, herbs or sedum. Or why not find out what projects are going on in your area and join in. Some of Exeter’s parks have planted community vegetable patches which locals take responsibility for and anyone can come and take herbs or vegetables as needed when they’re cooking. You can also write to your local councillors regarding plans for the city’s re-development projects and find out what is being proposed to keep the balance with nature.

At Weekes we value our community and are always on the look out for inspiration. For ideas on how to set up a vertical garden or living roof check out our Urban Gardens Pinterest board at www.pinterest.co.uk/Weekes1000/urban-gardens.